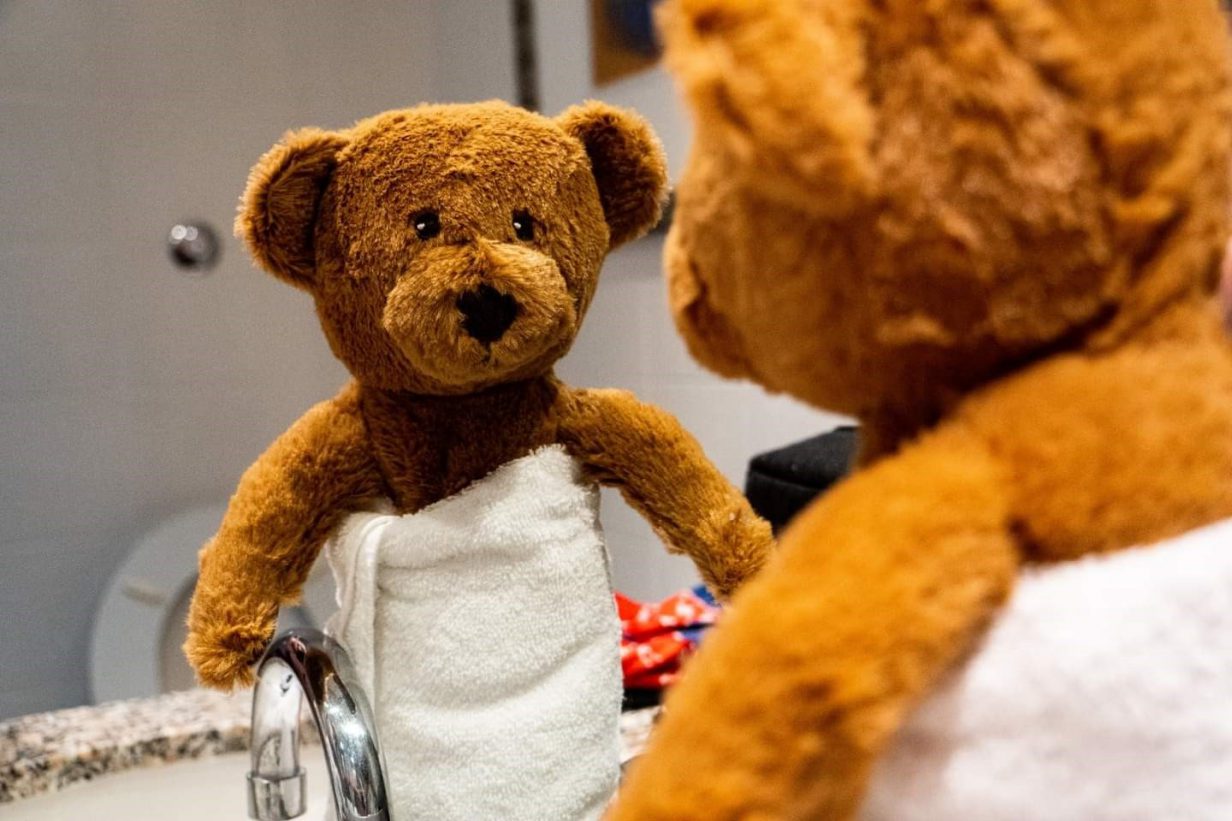 Back in 2018, in March, me and a few friends went to the Yarra Valley to celebrate my birthday. It was a fun few days. We rented a car, toured the wineries, did all the things that you’d expect in a food and wine region.

Several months later, I could cross 3 of those friends off my list of friends. All for various reasons and all happening at different points over those months. But today I’m focussing on the one who was the longest friendship. The one who had effectively ghosted me because of a number of things I had considered trivial leading up to the end.

Now, this is all from my perspective. The person in question may well have a different perspective on things, but given the lack of effort they put in to actually talking to me instead of just ghosting, I’m not really concerned if they think this is an unfair representation. That said, I won’t be naming the person, instead giving them a fake name.

Ramsay is someone I knew from, well, my teenage years in Perth. We actually met when working for Tandy Electronics. I was the assistant manager of the store in Innaloo. The store manager, a shiny pasty faced idiot named Craig, often visited a neighboring store to buy clothes, where it turns out Ramsay worked.

Skipping ahead a little, myself and Ramsay hung out a bit in Perth after hours, mainly in Northbridge, drinking quite a lot and getting in to trouble. It was great fun. We weren’t best of friends, but we seemed to enjoy each others company.

Eventually, Ramsay moved to Melbourne. We didn’t exactly speak much but followed each other on the social medias.

One day, after a lot of decisions and detail which I won’t go in to here, I decided to move to Melbourne.

This prompted us to rekindle the friendship and start hanging out more. Ramsay would invite me to his bands performances, out to pubs, show me around Melbourne and all that other fun stuff. Basically show me a new city.

Ramsay was straight, I never had any interest in him sexually. I do have friends who I also found attractive but Ramsay was never one of them. The old-school punk rocker thing never did much for me. Not that it mattered, he was a friend and was straight and I had no interest in sleeping with him anyway.

He had moved to Melbourne with his at the time girlfriend of many years. In fact, they had purchased an apartment together and live there. Unfortunately that relationship fell apart for him (won’t go in to details as that’s his private life and not relevant to the story).

For whatever reason, they did live together after the breakup for a considerable amount of time. Because of this, and because I was working a job with frequent amounts of travel, when I was away, I’d let him stay at my place so he had some space from it all.

Ramsay then met a new girl. I’m not entirely sure of exactly how it happened, but she apparently approached him because she found him attractive. I eventually met this girl, who’s fake name will be Clara.

At this stage of meeting her, I’d describe Clara as being a decent enough friendly person. Outgoing, with a very strong leadership personality. I wouldn’t have said controlling, just someone who could take charge when needed and wasn’t really a follower. She seemed good for Ramsay.

She was also friendly to me, had helped me find a few things in Melbourne and also introduced me to some club sports, which was nice of her. I really didn’t have anything negative to say about her at this time.

I mentioned my birthday in 2018. Clara had a number of hats she wore, but most of her work centred around a radio station she worked for. She also went to a lot of music events for work and was a bit up and coming in the music industry. Something I admired about her.

I had organised my little birthday getaway many months in advance. The reason for this is that a couple of the people I had invited, including Ramsay, could be a little unreliable if you didn’t give them notice. This is fine, I can work with that. Clara even stated that Ramsay “couldn’t organise anything unless it was at a pub”, so understood how Ramsay could be a little unreliable at times.

Now, I hadn’t intended to do this, but I thought out of respect for Ramsay, I’d invite Clara along. I didn’t initially, not because I had an issue, just because I wasn’t sure how many were coming and honestly didn’t give it any thought. But a few weeks beforehand I thought I would give Clara an invitation, by messaging her on the ever popular Facebook Messenger app.

The response I got was that she was busy and that she had an event to go to on that weekend. I believe it was part of Download festival (but I might be wrong). But that was effectively it. Just she wasn’t available.

My birthday weekend goes by, everyone seemed to have had a good time. That was that.

A few weeks later, I was talking to Ramsay whilst out at a pub. He seemed depressed and upset. We talked, he was having trouble with Clara. Few disagreements about things, one which included the fact Ramsay owned property with his ex girlfriend and still had a friendly relationship with her.

I was also aware that Clara was none too happy about Ramsay’s friendship with his ex, with Clara thinking that the ex was a bad person and had cheated on Ramsay. I don’t know how true the cheating was.

One of the other reasons Ramsay was having trouble in his relationship is apparently because Ramsay came to my birthday instead of going with Clara to the music festival. Apparently Clara thought she had indicated to me that she wanted Ramsay with her for the festival and thought that I had been selfish by making him go to my birthday.

This wasn’t the case, at least not how I saw it. I had asked Ramsay to my birthday thing many months before Clara mentioned the festival. Clara never asked me about Ramsay going to the festival either, merely stating she was going to a festival. No mention that she wanted Ramsay to go.

Lastly, I didn’t make Ramsay do anything. I invited him, that’s it. I didn’t hold him to ransom, or at gunpoint. I asked him to come along. That’s his decision to make.

But alas, apparently I was the person who did the wrong thing in Clara’s eyes. I genuinely thought better of her but apparently she was quite good at hiding her jealousy.

One day, without even thinking, I saw a post on Instagram by Clara. It was Ramsay holding a meat try. Apparently he won a meat tray at some sort of raffle or quiz night. I mean, I was honestly not thinking at the time. I just saw the post, thought I’d be a smart arse and reply to it.

I’d have Ramsay’s meat in and around my mouth

Me, commenting on the meat tray.

A comment that I’d have made to nearly any one of my friends. Usually resulting in a cringe or some sort of inappropriate laughter, depending on the friend. Never friendship ending.

Within minutes, I got messages from both Ramsay and Clara.

Ramsay stated that Clara was offended by my comment, and that she had made some assumption that something else was going on between us. He asked me if I could remove the comment because things were still tense between them.

Clara got on her soap box saying it wasn’t appropriate to make jokes like that about somebodies boyfriend on an online forum.

Ramsay’s message I respected. Clara, not so much. But to keep the peace I apologised to them both and deleted the comment.

That said, what I wanted to say to Clara was far from what I actually did. I wanted to rip in to her, and if it wasn’t for the fact I wanted to maintain my friendship with Ramsay, I probably would of.

The comment itself I still maintain was inappropriate humour, but was not something I wouldn’t have said to any of my other friends in the same situation. I certainly didn’t expect the level of offense that it received. I still thought they were being overdramatic but I apologised and thought that was that.

Months had gone by and I hadn’t caught up with Ramsay. Clara would be a bit pissy at soccer matches but I put that down to the fact that I had been a bit flakey to them and she was stressed about other things.

One day I confronted Ramsay. Why was he avoiding me?

Apparently the combination of my birthday and my post about his meat tray had caused a number of fights between him and Clara. Clara was concerned about Ramsay cheating or losing interest in her.

So he decided to distance himself from me in order to help maintain his relationship with Clara.

A birthday and a dirty joke had the power to almost destroy a relationship and did destroy a friendship. How 2 insignificant events caused 10 years of friendship to go down the drain.

I have mixed feelings about this. On one side, a person’s jealousy triggered 2 events to have more significance than they should. I am sorry that Clara interpreted my actions as me trying to get in to the pants of Ramsay. Genuinely I had no interest in that because he was a friend of many years, he was in a relationship with Clara, he was straight and I simply wasn’t interested in him beyond our friendship.

The other side is that Ramsay simply didn’t have the spine to stand up for himself. There was no reason for her to assume that a gay guy would be attractive to him. He chose his relationship over a friendship of many years and it appears he didn’t try to defend it.

The fact it took several months to come clean that he was avoiding me was a dick move at best. Maybe it is what’s best for me, given his actions and given his partners obsessive jealousy. If I was still around then who knows what could have happened.