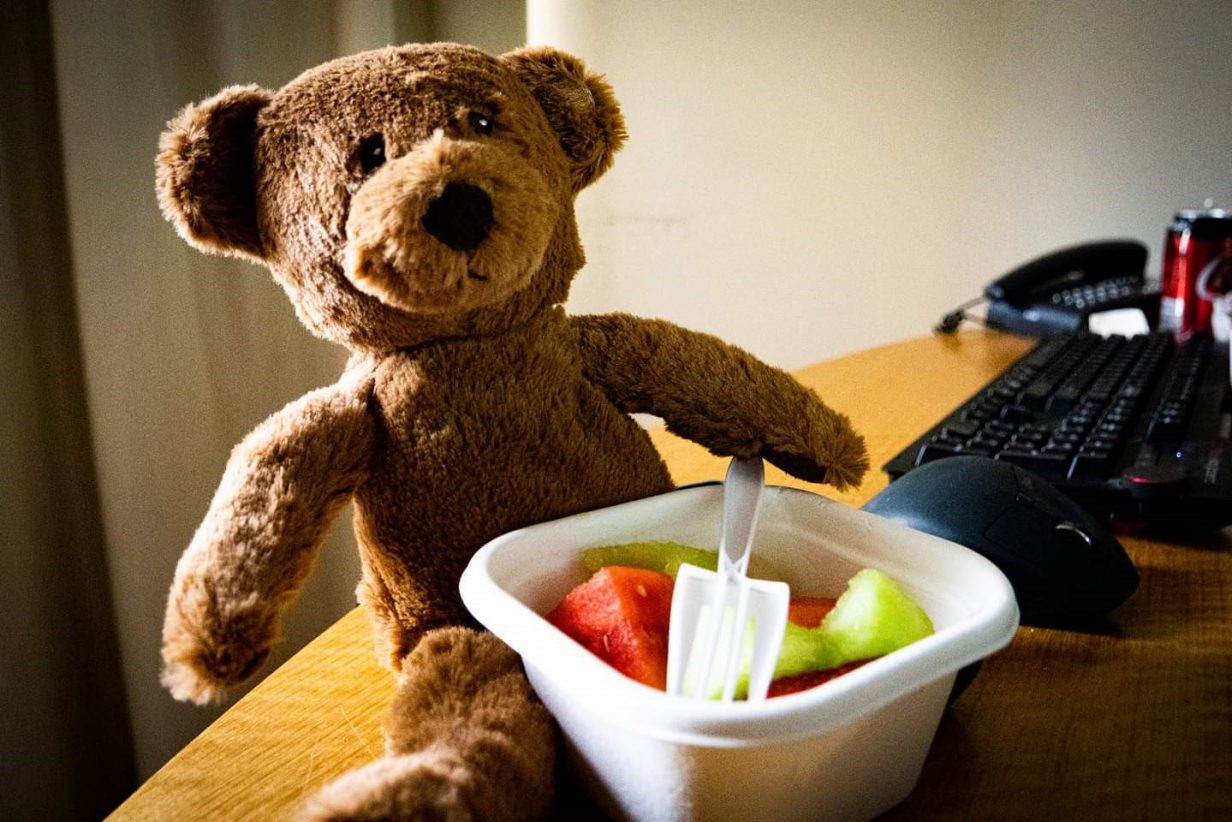 Reading a friend of mine’s blog last night about the same subject, inspired me to write my own story about it. It isn’t something I like to talk about with people and is something that’s become a major problem since isolation and the hotel quarantine.

I say hotel quarantine, but I’m not sure if the quarantine has made me significantly more aware of it or whether I have genuinely put on weight during that 2 weeks of doing nothing. Either way, here goes.

I have for as long as I can remember, probably my whole life, struggled with body image. I’ve never liked the way I looked. The mirror has always been an enemy of mine and the camera, well, I hate that thing if it ever grabs a picture of me.

Though it hasn’t helped, my dislike of my own body hasn’t stemmed from the gay community’s obsession with “nice ass, nice abs, nice chest”. I’m also aware that not all gays share this sentiment either but, you know, stereotypes exist for a reason.

The heaviest I’ve ever been, as much as I really don’t want to admit this, was 177kg. Take from this what you want (as in I am blaming outside factors), but this was mostly due to my previous job. I worked as an operations manager, managing shitty little fuel stations in the middle of nowhere across Australia.

Unfortunately, a typical month for me would see me in remote areas for at least 2.5 weeks of that month. In and out of various locations, constantly driving to rural areas. Your choices for food are limited and exercise opportunities, well, you can forget those.

Given how last minute my travel could be, it was almost impossible to plan ahead either at home or on the road. So I didn’t keep the fridge stocked at home, and I didn’t carry food when I was away. Eating healthy on the road is either impossible, or a quick way to get food poisoning.

Losing that job, though it didn’t seem it at the time, was one of the best things that could have happened. It gave me freedom to actually plan my life again, to be home constantly instead of in and out, to unpack my bags and to, most importantly, make healthy changes.

Which was good. Throughout 2017/2018, I managed to get in touch with a personal trainer and a nutritionist. Both of which I am so thankful for meeting and who helped me make some major changes in my life. At the peak of it, I lost about 35kg.

This did make me somewhat happy. and I’m not trying to shit on their efforts. I loved the feeling but the sacrifice to maintain this lifestyle was immense. I managed to maintain it for over a year, but it was extremely difficult at times to keep going, despite the results. I am genuinely surprised I kept going for so long.

Despite the weight loss, I was still a big guy. I was never comfortable with who I was and craved this acceptance of myself, but didn’t want to associate with people who were likely to accept me for me. It is a very weird mindset to be going through.

I’ve always been aware of the bear community within the gay community. I apologise to my fellow bears for this, because it was wrong and it is offensive and I was wrong.

But… I always looked at considering myself as a bear was “settling”. That I was admitting I was a fat piece of shit and that I was settling for the attention of a particular group of people. I would avoid associating with the bears myself over my own stupid prejudices that were both unwarranted and undeserved.

So I told anyone that tried to call me a bear, that I was not a bear, and to go and fuck themselves. Oh what a demonstration of self hate that was.

After some friends left Melbourne, I was stuck looking for new friends and it was at that point that I finally decided to give the bears a try. Go to some of their events and see what it is all about.

I won’t go in to detail but I did find an accepting and friendly community who have supported me and I in turn support a lot.

Skipping forward a bit, and everyone’s favourite human malware kicked in and I got to spend 8 months in various forms of isolation.

The first few weeks weren’t too bad. I wouldn’t say I was eating particularly healthy (as access to healthy food was a little bit annoying due to the panic buying, though I did choose healthy where it wasn’t overly inconvenient for me to do so). I promised myself that I’d do whatever I could exercise wise, fixed my bike, got some resistance bands.

I then had to move house during COVID. The weeks leading up were a bit messy as I prioritised packing over health. All my limited exercise and cooking gear packed in boxes ready to move, turning to fast food and less exercise as I was fairly busy, destroying some habits in the process.

The move went badly, so this further cemented my new isolation ways and made it hard to motivate myself to exercise and continue eating healthy. It gave me plenty of time to form some more bad habits and effectively go backwards.

Depression certainly didn’t help the situation. Like many people, I had hoped that the lockdowns and isolation would only last a few weeks, maybe a few months at best. This was definitely not the case. Every week where the restrictions grew greater was another bite of the black dog.

Towards the end of my time in Melbourne, I did manage to buy some adjustable dumbells and make a bit more effort in my exercise regime. It helped, but the intent at this stage was to help improve my sleep moreso than actually keep any weight off.

Other’s attitudes to isolation also played a big part in all of this. Some of the “fitness influencers” I followed on Instagram were falling down in to the isolation trap. Losing their physiques, not making much of an effort anymore. It really added to the “why bother” attitude.

Moving back to Perth, hotel quarantine was 2 weeks of literally doing nothing. Eating like a pig and the maximum effort I could put in was walking from the bed to the toilet. No fresh air meant that you really didn’t want to exercise too hard, or you’d be putting up with it for another week or more.

My weight had been up and down for years. It has always depended on my mood, motivation and access to the gym. There may be plenty of factors that affect my body at any one time, but in the end it is me who makes the changes and decisions.

My own perception of my body has always been pretty negative. Jealous of some of my more ripped friends, or of those who can eat like absolute pigs and never see a single kilo on.

Always angle the camera so that my chins aren’t there for everyone to see. Or cut my hair so my head doesn’t seem enormous.

Avoid photos, just so I don’t need to look at myself during a particular part in my life.

The thing that’s triggered me this week is 2 pairs of pants that just don’t fit anymore. I know if I try I can work off the weight again and fit back in to them. It is just a lot of work and effort that I need to put in to doing this.

I have a picture in my head of what I’d like to look like, but I don’t think that’s entirely reasonable.