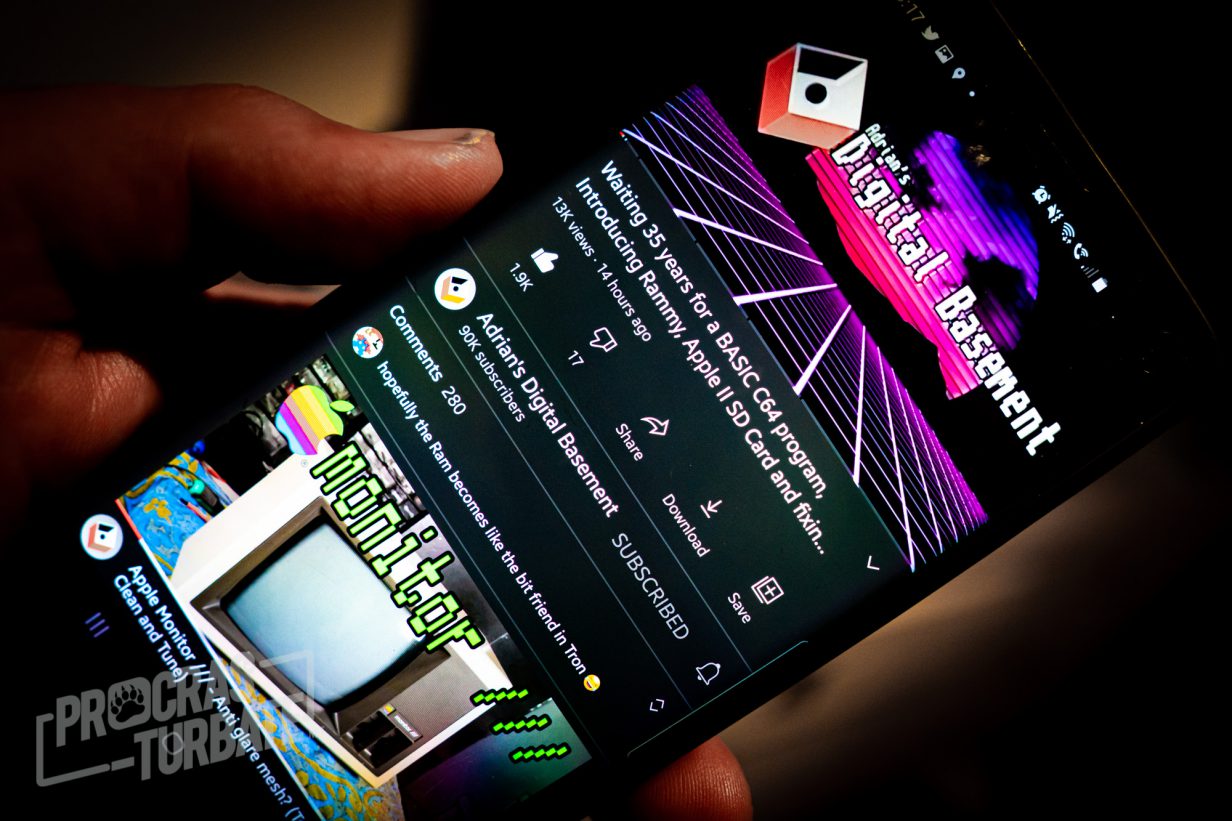 Yesterday I wrote about experiences I had in a little gym in Prahran, Victoria. This wasn’t planned, as what I had sent was sent about a month ago, but it comes back to how your actions can have a profound effect on others, no matter how small or simple the gesture may be.

So what was it that I did a month ago? I sent a ram to a YouTuber in the USA.

Ok, let me explain. There’s a YouTube channel that I follow, Adrian’s Digital Basement. If you’re in to retro tech and computers, he is fascinating to watch and an extremely informative person. He does a lot with Commodore 64 systems, but also works on a lot of other stuff. Well worth a watch.

Anyway, he started doing a mail call segment, which seems to be a popular thing to do if you’re a retro tech YouTuber. I find it interesting, as unlike a lot of channels, he spends time going through the stuff that’s sent to him.

One of the things Adrian kept mentioning is that he didn’t need more RAM, as in Random Access Memory. It seems like something a lot of his viewers had stock off and kept donating, and I can see why that might be a bit frustrating.

So, me, being the comedic genius that I am, thought it would be a little entertaining to send Adrian a plushie ram (as in the animal) to him, with a note stating ‘I heard you needed more ram’. So I did. I ordered and had something drop shipped from Amazon right to his PO box.

Now obviously he must get a lot of stuff from viewers, so I wasn’t expecting to see this for at least a month or two. I wasn’t even sure if he was even going to show what I sent if I’m being honest. It was a gag gift, meant to solicit a bit of a laugh and hopefully make it on to the show. But it wasn’t expected!

Well, last night, the video finally came through. I checked my phone in the morning to see notifications, do the usual thing that I do every morning and to check if any channels had new videos. There it was.

My silly little gift made it on to the title card of Adrian’s Digital Basement. I was genuinely shocked and had a good laugh at it!

I watched the video briefly, as I had to get to work, just to see the reaction that came from Adrian. I got the reaction I thought I would, which was laughter, and a mention about the amount of RAM that he receives each mail call.

Though it is a minor thing in the scheme of things, that little moment and that little gag gift seemed to have an effect on not only Adrian, but on his viewers too. Looking through the comments at people’s responses to the video as a whole, a lot of people were delighted and amused at this silly little plush toy that I decided to send out.

This was something I did on a whim one night just before going to bed. I had a silly idea and jumped on Amazon and did it. Why? I don’t know, I genuinely enjoy his channel and his content and thought it would be a small gesture to show that I’m watching and to make someone smile.

But why am I writing about this? Well, firstly, to show how funny I am, obviously!

But no, it is simply to point out the sort of effect you can have on others with your actions. Like the gym story from yesterday, your actions, the way you handle yourself and treat others, and even the simple things you do for others, can really make waves.

Whilst I know I sent a plush toy to someone with a decent amount of followers on YouTube and that can add reach to my own action, it doesn’t change the fact that you can do something to make a difference to others. What I did wasn’t out of the reach of anyone else. Maybe a bit of luck and a bit of wit, but that’s it.

Though I haven’t written about it, the gym wasn’t the only place where I found a community thanks to the small actions of another person. It is something I will write about in the future but another place I got this was from VicBears. A small action by a couple of people made me make big changes in my life.

The funny thing is, those people didn’t even realise what they were doing could have that effect.

But they can, and you can.

Here’s the episode, just in case you’re curious. 30 seconds in you can see my silly little contribution!