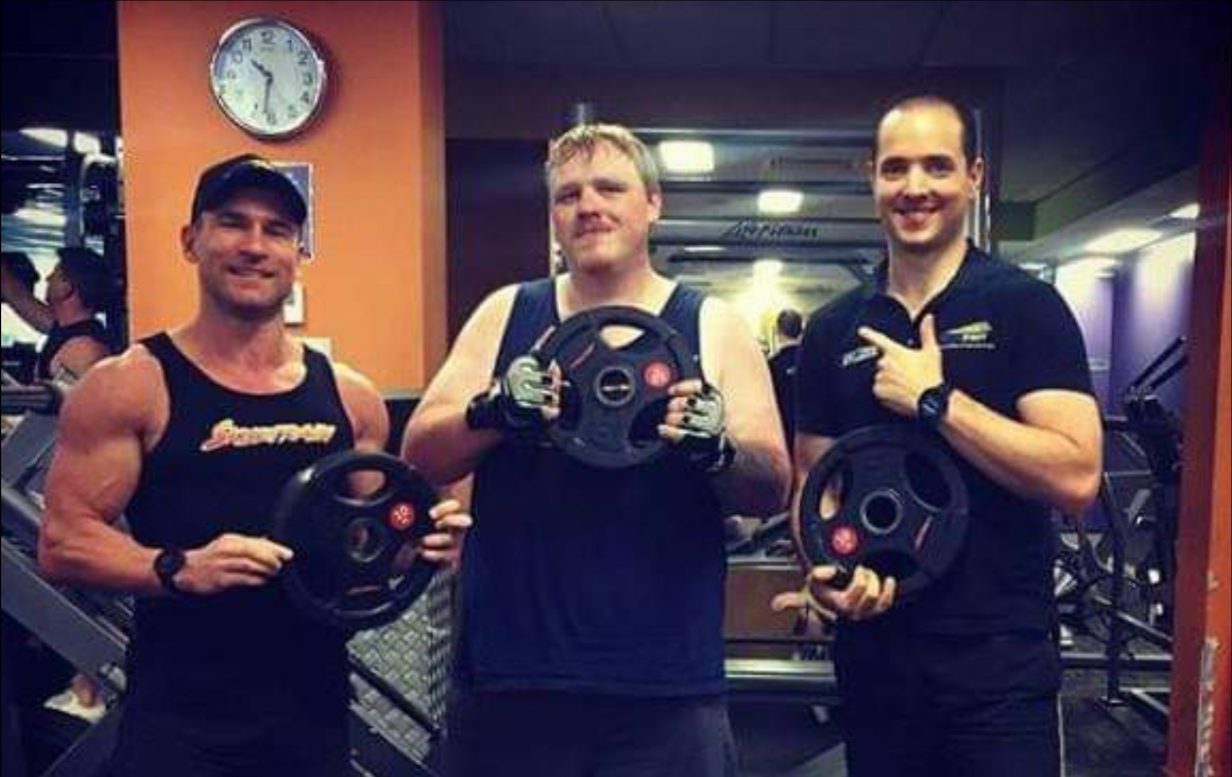 Here’s something I never thought I’d have missed, or even found in the first place. Community within a gym.

Sitting in a gym, working hard to undo what 8 months of no gyms has done to a lot of us (and some admittedly poor choices due to a lack of focus and a lack of any motivation), I’m doing eccentuated leg press (I think that’s it, I still hate this exercise but I’m doing it). I’m between I’m typing out this.

I’m sitting here with my super ultra noise cancelling headphones just doing my own thing, just like everyone else, completely anonymous and mostly void of contact with those around me. That’s pretty much everyone here.

The staff here are friendly, as are the trainers. The normal level of customer service friendly that anyone in the industry can be bothered with. But beyond that they just do their jobs. The members, well, they just exist.

Since leaving the South East suburbs of Melbourne, I’ve been to a few gyms. They’ve all been much the same. Friendly staff, members who exist but never interact. Its fine. It isn’t offensive and that’s fine. I guess.

Then there was Prahran. Well, more to the point, the gym in Prahran.

I knew of the gym for many years, as it was down the road from the first hotel I ever stayed at when I visited Prahran before moving here. An unoffensive generic storefront between more storefronts.

Prior to moving to Melbourne, I had been a member of this particular franchise in Perth. No specific reason other than convenience… and it wasn’t Jetts, who at the time were a rip off.

I moved to Melbourne, and continued with the same franchise on and off. First being a member at Thomastown up until I moved to St Kilda, where I became a member there. I started getting personal training there, but eventually stopped because their trainers kept quitting and really had no motivation whatsoever. Their attitude rubbed off on to me, which in turn meant I was sick of it.

But I knew I needed to get motivated, for my own health.

So I went to Prahran to check it out. Well, actually, I went to Prahran 3 times and stood outside too nervous to actually make an effort. Time number 3 I went in. Asked about transferring and about training. The lady explained everything and gave me the card of the resident PT. The trainer wasn’t there, but she suggested I email him and check out his website.

So I checked out the website. Admittedly a decently designed website, though with the little cartoon version of what I had guessed to be the PT, I thought it was a bit wankish. Ok, very wankish. If it wasn’t for the quality of the website, and the fact he had his actual email address in his own domain instead of a generic Gmail or Hotmail, I might have passed.

It was any excuse to not do this. If the PT was too much of a pretty boy, or muscle jock, or had the wrong haircut, I was out. Yes I do self sabotage, why do you ask?

But I emailed, least that’s what I remember doing. Got a reply from the head PT, a guy named Skye. He outlined costs and said I should start with another gent named James. So I booked in and did it.

Well. James, as it turns out, is a top bloke and a great trainer. I clicked with him almost immediately. We had similar senses of humour, had a great dynamic and generally just worked well together. If anyone was listening in to us banter, I’m not sure what they’d think.

We would laugh, we would sledge, we would complain about Skye’s horrific choice of music. It was wonderful.

Initially, I didn’t have much to do with Skye, but that changed. After I got made redundant from a job that owes me 20kg of weight gain, James pushed me towards improving my diet. Let’s face it. I needed it. So in comes Skye.

I will skip over the weight loss stuff, you’ve all heard the story, and if you haven’t, ask me later.

But beyond just Skye assisting with the food side of things, he became another person in my corner. Another person cheering me on and helping me. I was joining this community. Of fitness people. Who would have guessed that happening?

Whenever I was at the gym, I’d interact with Skye, say hi, joke, teach him the skills he lacked in sarcasm. It was a great vibe and really nice. It was different from the norm. It created an environment that I was not only comfortable in, but really wanted to be in.

But this was the tip of it. I’m really unsure who started this, but Skye and James were part of a bigger community. This little group of gym members who all know each other, who cared for each other and were always friendly.

Steve joined the gym as their club manager. Another person I would consider as a friend, even if most of the time we would trade insults and sarcastic comments. I’d come in to the gym and spend a good half hour chatting to him prior to even getting changed, whilst Skye gave subtle hints that I should be somewhere else and James rolled his eyes.

3 great people who go above and beyond what is needed in a gym. They got to know the members, build a community, build friendships, make the gym a warm and welcoming place. And it showed with the members.

I also became friends with various members, we would all say hi, catch up, be friendly and interact with each other. Even monitored and complemented each other on our progress. Helped where needed.

It was a community within a gym, something I’ve never been able to find at any other gym. It was something very special and unique because people who worked there worked on making it happen and keeping it there.

It is something I miss terribly and wish I could find again, or even return to. In a city like Melbourne, and even a smaller city like Perth, it is very easy to lose a sense of community. Everyone being busy and things like fitness looked at as just another chore. People simply don’t invest in it the social aspect of it, preferring to go about their workout without interruption.

It is interesting how much actions like these bring comfort to people. I’m not sure how committed I would have been to the gym, even now, if it wasn’t for that sense of community.

To be honest, I’m not sure how much effort that went in to building and maintaining this community or whether anyone there considers it extra effort or just something they do. Personally I don’t see it as a difficult task if you are that sort of person, though I’m sure Steve will tell me that its a chore and extremely hard and that I’m just needy!

But it is important to remember what going a bit further to be genuinely friendly and to get to know those around you can do, especially where you work. Your attitude does rub off on others and can help make a community of where you work and make it more enjoyable for yourself and others.

But on that note, I better get back to the leg press, because one simply does not skip leg day.