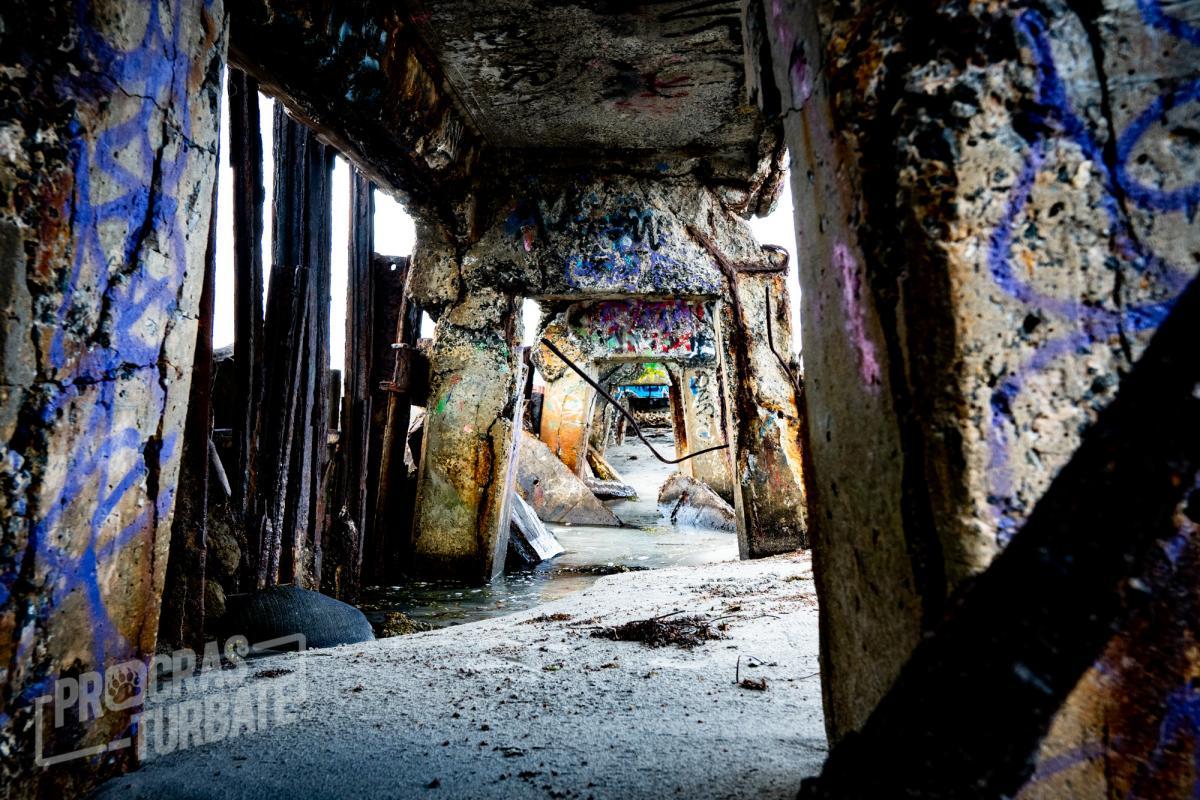 I want to start this post off with some warnings and disclaimers as this is a sensitive topic for some people, and also contains a few things that I may not have shared with people involved.

Firstly, this post might contain some things that people from the trans community might find hurtful, this is certainly not my intention and this post is intended to be completely truthful about how my views have changed over the years. Also I might just be overreacting and this might hurt nobody. But trigger warning none the less.

Secondly, I’m a white, gay cis male. I don’t have the right to tell trans people how they should feel or what they should do. The trans community is a community I fully support, not just because I have friends in it. It is because I don’t believe gender identity should affect the way people treat others. I think attitude and the way you treat others is what should affect how you are treated.

Lastly, there are stories about people who have transitioned in here. For ease of writing and ease of reading, I’ve decided to use their pronouns at the time the story occurred, and not their current pronouns. I’m happy to take feedback on this.

I want to thank a few friends who have helped me and continue to help me understand the trans community, and the world as a whole, better.

Joey, who has been a friend for over a decade and someone who has definitely helped me evolve as a human, to see people as people, and to help me destroy my own prejudices.

Dodger, for his outstandingly intelligent and logical conversations on various things including the trans community, and is someone who I truly respect because he can talk over things without making it emotional, making it much easier to learn and develop as a human.

Lastly, to Aleesha, who has on many occasions given me things to think about regarding tolerance within the community.

Anyway. On with the show.

I’m sure this will shock you all, especially reading some of my earlier posts on racism and intolerance. I used to share the same opinion on trans people as Perth’s lovely Lord Mayor, Basil. Up until the last few years, I always thought the whole ‘gender identity’ issue was just a stupid thing for ‘leftist snowflakes’.

You will be glad to know that isn’t the case anymore.

Many years ago, when I lived in Perth, I had a friend who will be named Marty (not the real name, for privacy, obviously). She (at the time), was someone I met through another friend and was someone who I ended up working with for a number of years. Marty was always very much a Tom Boy (least in my opinion), and also identified as queer.

Marty was a close friend, pretty much ‘one of the boys’ and someone I spent a lot of time with. Absolutely enjoyed her company and her mine. We spent many a time up to absolutely nothing good. Life was great.

Very early on I had picked up that her name wasn’t Marty, that she used that name as she didn’t like her actual name. Her chosen name and actual birth name were similar (IE Marty used to be Martina, keeping in mind fake names for this story). Marty was very solid on not wanting anyone to know her name, and I was very persistent on finding out.

Well I did, I saw her drivers license and discovered her real name. This caused a bit of a fight. At the time, I didn’t really understand why. A name is a name. But to Marty, her original name was something she didn’t associate with.

For many years, it never really occurred to me that Marty had any idea or plans to transition to male. I guess I wrote it all off to her just being or wanting to be a ‘butch dyke’ and never gave it much thought beyond that. She just liked being one of the guys.

One night, we were in the car talking, and Marty made a comment about considering ‘lopping off her breasts’. This to me was the first indication that she wanted to transition. Being honest, I felt uncomfortable. I had these thoughts about how your gender is your gender, and that trans people are all nutty and she was turning in to a nutcase. I really had no idea what to do, and certainly wasn’t capable at the time of being supportive.

This discussion died down. I had believed that the idea had gotten thrown in to the ‘too hard’ basket or that it was simply something she had thought about and decided wasn’t really appropriate. Or maybe I wasn’t supportive enough. No matter what the reason, the conversations stopped.

Moving on a few years, I moved to Melbourne. Me and Marty hadn’t done our best to keep in touch, so whilst in Melbourne I didn’t hear much from her, and her me.

I can’t remember who started the conversation. But Marty had gotten wind that I was going to be in Perth and wanted to catch up. I had no problems with this as I was definitely keen to catch up with her.

At this stage, in general, my opinion on trans people had changed, from negative to neutral. I didn’t so much care if you were or not. My only thing was that I am not turned on by vaginas, so seeing trans people on Grindr was a no for me.

Anyway, in the messages back and forth, Marty gave me a bit of a heads up, that he had transitioned. He now identified as male. I made this out to be no problem for me. But I really wasn’t sure about this.

Honestly, I was extremely anxious to meet up with Marty, now he identified as male. I had this weird feeling like I was meeting someone I didn’t know anymore. Like this was an entirely different person and that everything about them had changed. It was the same feeling that I get meeting new people in general. But Marty was a friend, and I wasn’t prepared to say ‘oh no that’s a dealbreaker for me’.

In hindsight, my anxious feelings were all for nothing. It was like old times. Marty was still Marty, just with facial hair and a deeper voice. My only real problem was that I had known Marty as she for many years, that there’s such a powerful habit of using female pronouns that I really had to force myself to switch.

The takeaway for me was this means nothing.

No, I don’t mean that in a negative way. Let me explain. Marty’s gender identity has no bearing on me beyond pronoun usage and how I might introduce him to friends (as male, instead of female). It otherwise doesn’t affect me or the relationship that I have with Marty.

It is that point where I’ve realised that the ideas and prejudices that I’ve held about trans people are just dumb. That I shouldn’t hold on to them and should just let people be people.

This, to me, has been another step in reassessing prejudices and feelings towards groups.

In my head, something that I’ve been doing whenever I’ve realised that a prejudice existed inside me, is not figure out why that prejudice existed. There’d plenty of ways you develop prejudices and not a lot of those reasons are logical.

For me, one of the ways I’ve learned to break these prejudices I might have held previously is to come up with reasons why I should continue holding on to them, with rules to validate the reason.

That’s where everything usually falls apart. If I can’t answer yes to both of those questions, then there’s no logical reason to show prejudice. For me, it helps me give sound reasoning as to why my opinions and prejudices are wrong, and a way to get rid of those opinions and be a better person.

Not everyone will agree with me on how I do it. I don’t expect you to. But it helps me find ways to change and better myself as a person, and try to get rid of a little more hate in this world.

I do wholeheartedly apologise for my opinions of trans people that I’d held previously, and thank those in the community for giving me a chance to learn and improve myself. I’m not perfect. All I can do is try and be better than yesterday.

These days I do have a number of friends who are trans. I know I’ve still got a lot to learn about people in that community but I’m thankful for those who have helped me understand things better and offer guidance to myself and others who genuinely want to be supportive.

Recently, Elliot Page (formerly Ellen Page) has come out as transgender, and now identifies as male. I will openly admit, I have never been a fan of his acting, but that doesn’t give anyone the right to bully or treat him negatively for his decision.

I am sad to see people in the gay community calling out stating that Elliot shouldn’t be able to play cis female roles (mostly referring to him continuing to play Vanya in Umbrella Academy). Firstly, my opinion is that if you’re the right actor for the part, then do the part. Forget gender and sexuality. Secondly, despite my first opinion, I do want to see more LGBTI+ people in television and film.

Elliot Page played Vanya for 2 seasons, I see no issue in him continuing the role if he and the directors all think he is suited to the role. I wasn’t a fan of Vanya in season 1, but I warmed in season 2.

I am very disappointed that anyone in the gay community could make such vile comments about someone who’s shown that courage. It wasn’t that long ago that people didn’t accept gays either. So show some respect and compassion for your fellow human being.