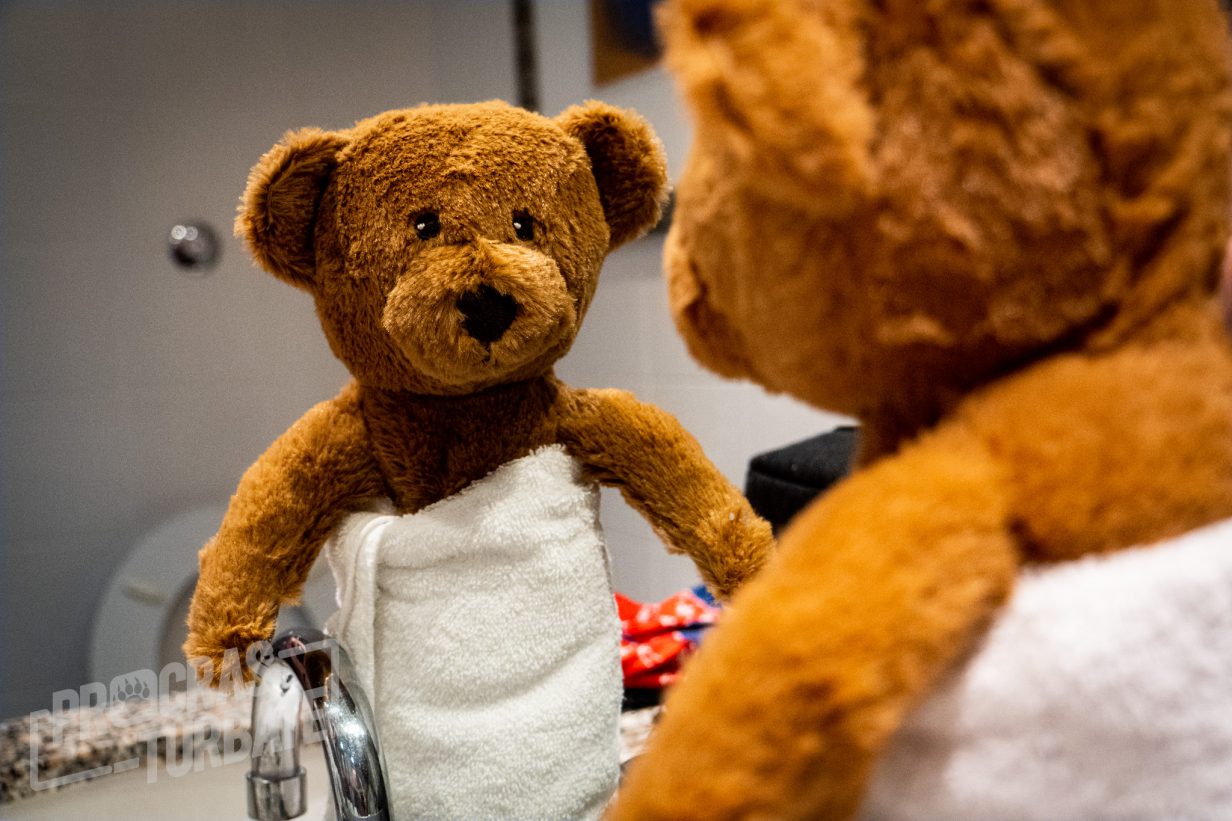 This is part 2 of my experience in the Mr Perth Bear competition. If you haven’t already, part 1 might as well be required reading, when you’re finished, check out part 3!

Apologies in advance if this post feels a bit all over the place. I tried to put each section in where I thought it’d be the most relevant. It may disturb some readers!

The Sauna and the Underbears

I’ll start by being brutally honest, I don’t think this particular event was one any of the contestants were overly happy about. Sorry, I don’t meant to speak on other’s experience, but the general feeling in our group chat was mostly nerves.

One fairly common thing about people in general is that many of us have anxiety about or bodies. Are we too fat, too thin, cock size, butt, you name it. This certainly isn’t my first time at Steamworks, but I always attend during quiet periods as I prefer just sitting in the spa and going to the bar.

I’m also not against events being held at sex on premise venues. I’m supportive of people exploring their sexuality and I like to think I’m a sex positive person. But the anxiety of being naked, combined with the anxiety that I have being in crowded spaces, this really didn’t make for a wonderful night for me.

That said, it was a fairly anonymous night for myself and the contestants. We weren’t really on display and we weren’t introduced in front of the crowd or anything.

Other than falling down some steps near the spa straight on to my ass (thank fuck only 2 people saw me), it was a pretty uneventful night for me. Met a few people, talked with them, enjoyed the night. No problems. I guess I never felt this added anything to the competition, but we were asked to attend, so we did.

Right after the Underbear event, I found out that the person who was going to be involved in my fantasy act had to pull out due to an injury. Well, fuck. He was already my backup. It effectively threw my fantasy in to the bin. I mean, the reason, having an injury, is totally understandable.

When you’re trying to get your shit together for a show, it grinds on you. I was angry. It wasn’t that I didn’t think an injury was a reasonable excuse, it was that I wasn’t thinking reasonably. Just another fucking issue I had to deal with.

I tried to find someone more appropriate, but with the time crunch and people not being as available as needed, I decided to completely change my fantasy act.

Every time I drove home or had a free moment to think, I was planning out what it was I could do to execute the new fantasy act in the way that I wanted to. It wasn’t perfect, and it wasn’t what I wanted to do.

But it was a truthful fantasy act. I’ll put a video embed in part 3.

I’ve not been to Connections Nightclub in what is probably a decade. It is completely different to what I remember. Well, with the exception of the bar being in the same place as it always was, and it always smelling of Vodka and Red Bull.

The first event the contestants were really involved in was also an event that wasn’t really a Bears Perth event, it was Tag a Drag Bingo. It was the first time we were on the Connections stage too. This was quite daunting for me. In front of a crowd of which I only knew maybe 8 or 9 people.

Our role in the night was pretty minor. We were called out on stage to help with demonstrating one of the mini games that was played on the night. It was an introduction to being on stage in front of a crowd of people we didn’t know so it did help built a little bit more confidence for the main event.

I found this a better place to mingle with people than the Den Night as I felt everyone having a common activity gave everyone a common conversation starter. Tag a Drag Bingo had enough energy to keep you on your toes, gave us all a taste of what it is like being on stage without the pressure of the competition. It felt casual enough that I was comfortable to make those connections and start conversations with others.

The Black Tie Ball pretty much drew the line at where it became real for me.

In the Mass Effect Trilogy, towards the end of the game, there’s always a mission that basically triggers the point of no return. Once you start that mission, you’re in it until the end. No returning, no side quest, no nothing.

The Black Tie Ball is that mission, as it also triggered me checking in to the hotel for 2 nights, which meant I was effectively locked in. No returning home, no more side quests to perfect my routines. I was in Northbridge until the competition was finished.

Also like in Mass Effect, I spent the entire day before leaving doing every little thing that I could to ensure I was ready. Making sure I hadn’t forgotten anything, completing the ‘side quests’ and generally procrastinating on leaving to go to Northbridge. I wanted to check in at 2pm, I didn’t until 6pm.

Holy shit did the nerves kick in on arrival.

I must have spent an hour on the phone to a friend, Aaron, completely anxious and not at all ready to go out to the ball to actually mingle with people. It didn’t help that I got some negative attention from someone the night before (which I’m not giving oxygen to, so I’ll leave it at that). But the nerves, the anxiety, all were at critical levels.

I finally made my way down to the ball after showering and getting my clothes on. Hien was nice enough to bring me a tie that I just couldn’t wear. I just wanted to breathe. I was honestly holding back tears when I walked in to that ball. Hien was at the door handing out doodles and cards he had made for each of the competitors on the night. That did not help with the emotions at all.

Scott pulled me aside and we discussed what was going on, the nerves, etc. He gave me a pep talk, I got more wine and gin and things started to calm down. At least for the remainder of the ball.

Aaron also visited me later on and we spent another hour talking and joking and whatnot.

I had some very notable conversations with people. My fellow competitors all reassured me of my place in the competition, for which I’m grateful for. Many of the guests were so supportive and so positive the whole night as well as many of the Bears Perth committee.

Nick came by and, in short, had said a lot that reassured me about going on stage the next night in my underwear. It was an awesome confidence boost.

This has gone longer than I thought. So I’ll be continuing in part 3.