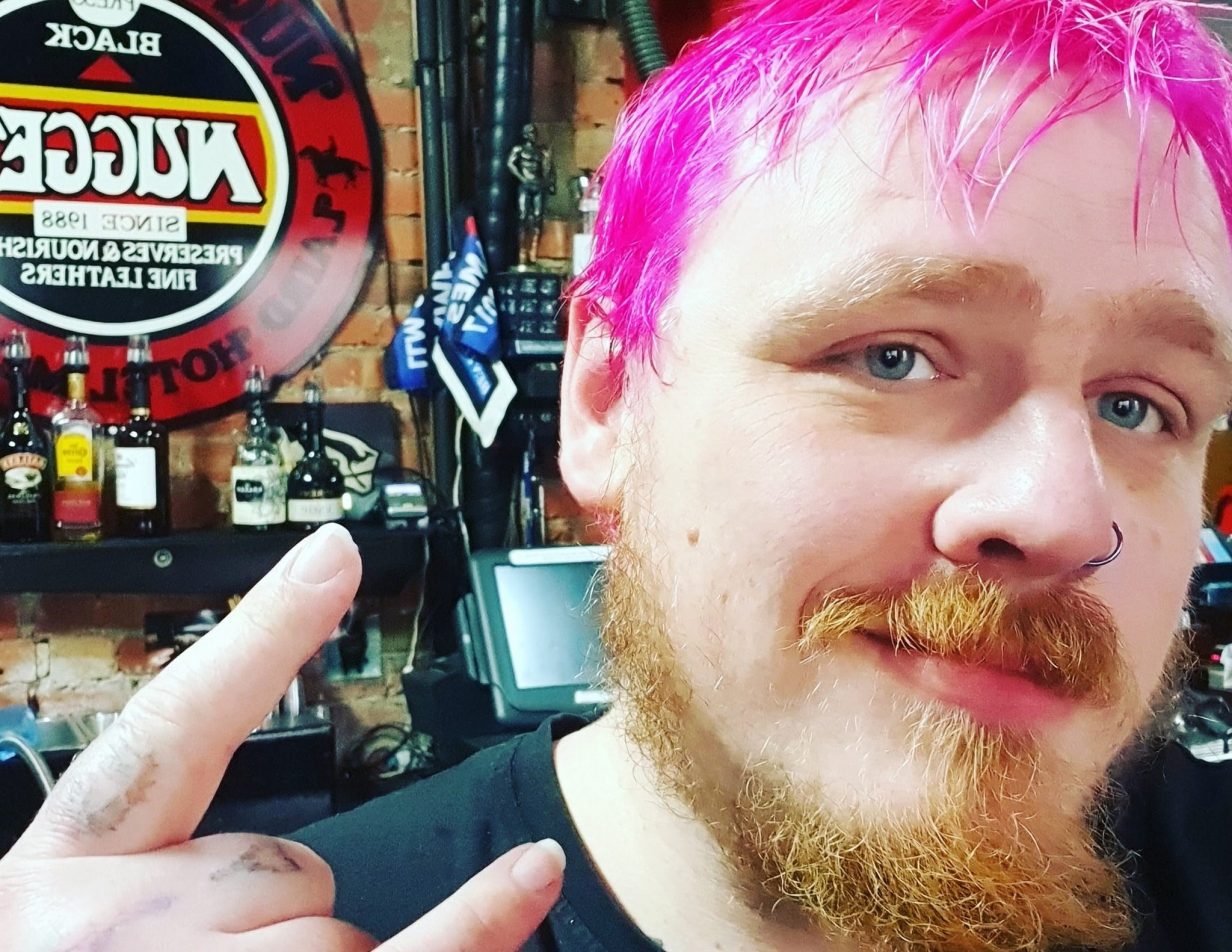 I’m a leftist, vegan, hippy gay. Well, that’s apparently what the special people of Social Media would have you believe. Apparently when an argument gets too hard, that’s when idiots go for the lazy insults. I know I really shouldn’t be that surprised, but I am.

People are lazy and stupid and love to make assumptions about people, especially on the social media platforms. No matter what the argument is, it always seems someone has something to say about my profile picture on Facebook.

Normally I’d hide names and not shame anyone, but, you said something stupid on the internet, so I’m showing your name.

In 2020, to help raise funds for breast cancer research, I pledged to dye my hair pink if certain amounts got raised. To be honest, even if I didn’t hit the target, I’d probably have still done it. But the target was met and I followed through with my end of the bargain. Went to a local barber and supporter and had the dye done and took a selfie of it done.

I kind of liked the photo, so I made it my profile picture on Facebook. Since then, I’ve not really found a photo that I liked to replace it, so it has stayed that way for a while now. So, as of writing, my profile picture is me with pink hair. In fact, at time of writing, it is also my bio pic on this here blog!

Beyond that, I had otherwise not given much thought to my profile picture. It’s a picture that I’m happy being visible in public. It isn’t offensive, it isn’t particularly shocking or controversial either. Well, at least I didn’t think it was.

Apparently, it is a big deal to some people.

The simple act of dying one’s hair for a charitable cause and using it as a profile picture seems to have the ability to derail entire debates. No matter how well informed, educated and on-topic your response is, you’re almost guaranteed to find at least one person who thinks your opinion is invalid because your hair was pink at some stage.

On the bright side, it does help you understand people. Whether they have any real intelligence, knowledge on the subject or whether they carry any prejudices. The moment they go for a personal attack, you know what you’re dealing with.

I mean, I’m not thin skinned. I don’t get offended by people making assumptions based on my profile picture. In fact, I find it kind of funny that people do this. Unfortunately it says a lot about a person when that’s all they can come up with.

Anyway, there’s no real purpose to this blog post, other than that people are incredibly stupid.

0 16 June 2021
The World TodayTolerance and Intolerance